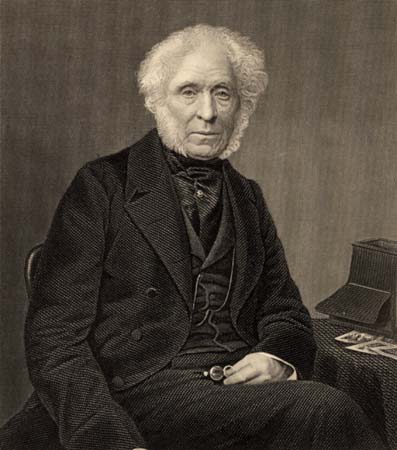 Principal of the United Colleges of St Salvador and St Leonard at St Andrews University from 1837 onwards, David Brewster developed a more practical stereoscope than the existing model, which allowed to view images in 3D. But if this were not enough, it also was his merit that David Hill and → Robert Adamson, later pioneers of early artistic photography, started their collaboration. This was a result of his connections with William Talbot, inventor of the calotype.

Brewster met Talbot in 1836 at a meeting of the British Association for the Advancement of Science. His involvement in this group shows his deep interest in Science. Brewster originally studied Divinity, but later he turned his full attention to his real passion: the study of optics. His enthusiasm for the new photographic technology is therefore not surprising.

In St Andrews, Brewster experimented eagerly to refine photographic techniques. Among other, he developed the “lenticular stereoscope”, which was more practical than that invented by Charles Wheatstone. Stereoscopes create the illusion of a 3D image, exploiting that we see two slightly different images of the world with our eyes. The fusion of these images is crucial for our spatial perception. Wheatstone constructed a system of two mirrors positioned in a certain angle to two (theoretically)identical drawings. Looking into the mirrors, an illusion would have resulted in the object to be visible in 3D. As it is almost impossible to create two identical drawings, reproducible photographs were soon used instead. The apparatus was also far too large. As a passionate in optics, Brewster solved this problem. In his relatively small box, one could see through two lenses two identical photographs, illuminated via the glass bottom of the box. The lenses diverged the line of vision, so that both pictures were seen in full frame, although lying next to each other. This caused the illusion of a 3D image. Mass production of this invention started soon. Even Queen Victoria admired this item! Brewster also contributed to the artistic success of photography. In 1843, the convention at which the Free Church of Scotland was founded took place in Edinburgh. An enormous group portrait of 457 persons present at that event was commissioned to the famous painter David Hill. It was at Brewster’s advice that he took photographs of the calotype’s models for the faces. Knowing Talbot personally, Brewster namely promoted his invention in Scotland. To take those photographs, Hill started a collaboration with the young → Robert Adamson. Later, they should become famous for their artistic photography.